Song of the Seas

Literature is a combination of fact and fiction which is uttered in the form of a language. The symbol as the most fathomless literary layer of fiction has been regarded since fore times. Meanwhile, the influence of symbolism, following French literature, on Iranian contemporary literature specifically on poetic works of Mehdi Akhavan-Sales and Ahmad Shamlo is an undeniable fact. With regard to this fact, the present inquiry is meant to assess indiscriminately the creativity power of these two poets in the realm of symbolism. This way enables us to enlighten the controversy among proponents of these two poets and about their places and their levels of poetry. This research reveals their conformity with Nima, and French symbolism, they have poetically depicted their own contemporary political occurrences. Despite the frequency of personal symbols and the type of language on their works (with regard to the applied formal, academic or colloquial languages) which have emphasis on special symbolic images (hyper symbolic) and …, there are also considerable differences between them. It should be noted; symbolization is some part of poets' strength and to evaluate it meticulously we have to ponder other intellectual and lingual capabilities of these two poets. Therefore, with regard to those findings we can utter speeches in favor and priority of one to another. 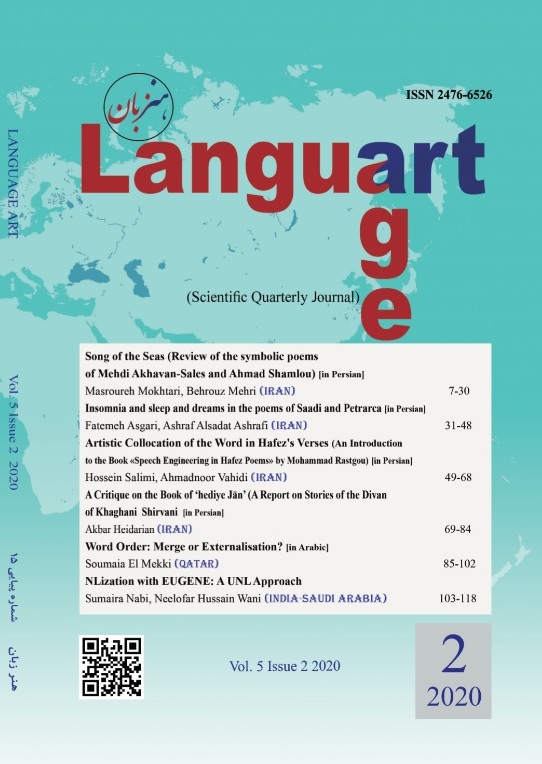